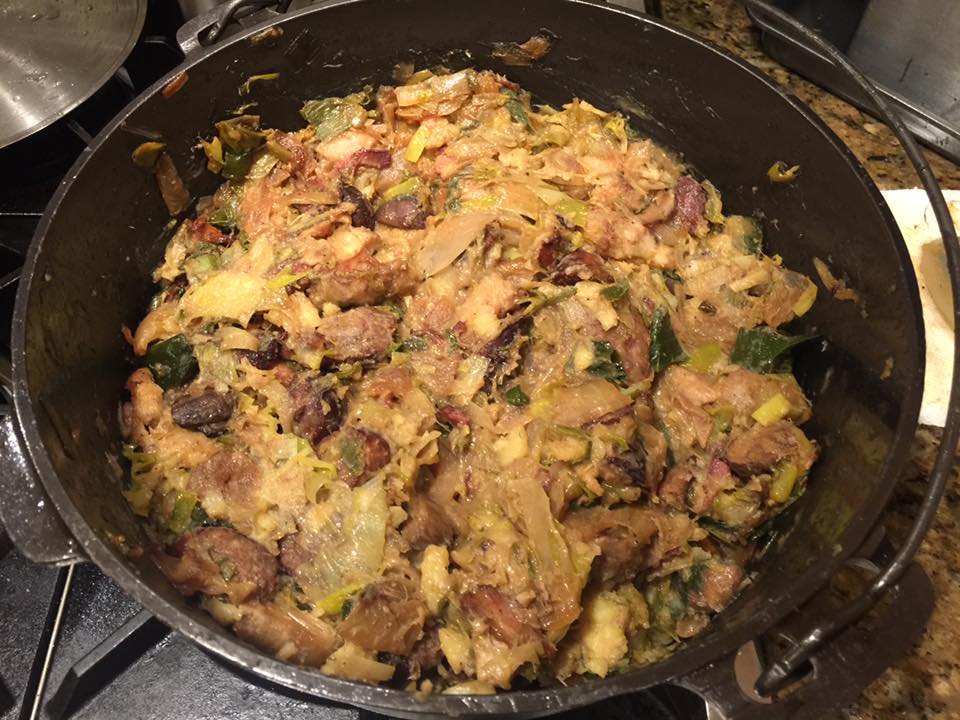 A modern interpretation of a farmers dish I had in a distant past in the Alsace.

Bratwurst, cooked sous-vide with onion and garlic. Yukon Gold potatoes boiled with some vinegar to keep them firm, poured off, left to dry, then coarsest mashed. Coarse cut onions lightly caramelized, then the coarse cut leeks added to sweat and cream. On the side bacon, inch or so wide strips, slowly rendered. Once done, the bacon removed, and quartered large Crimini mushrooms fried in the bacon grease, then removed. Chicken thighs, salt, pepper, and flour dusted fried up separately. The brats removed from the sous-vide, browned up in the chicken grease, sliced on the bias and slowly cooked in the mushroom flavored bacon grease, then removed. Then the onion and garlic caramelized in that grease.

Then the bacon and mushrooms combined into the creamed onion/leek mixture, the chicken and brats added in, and the mashed potatoes folded in and incorporated.