My kitchen knives are ~32 years old 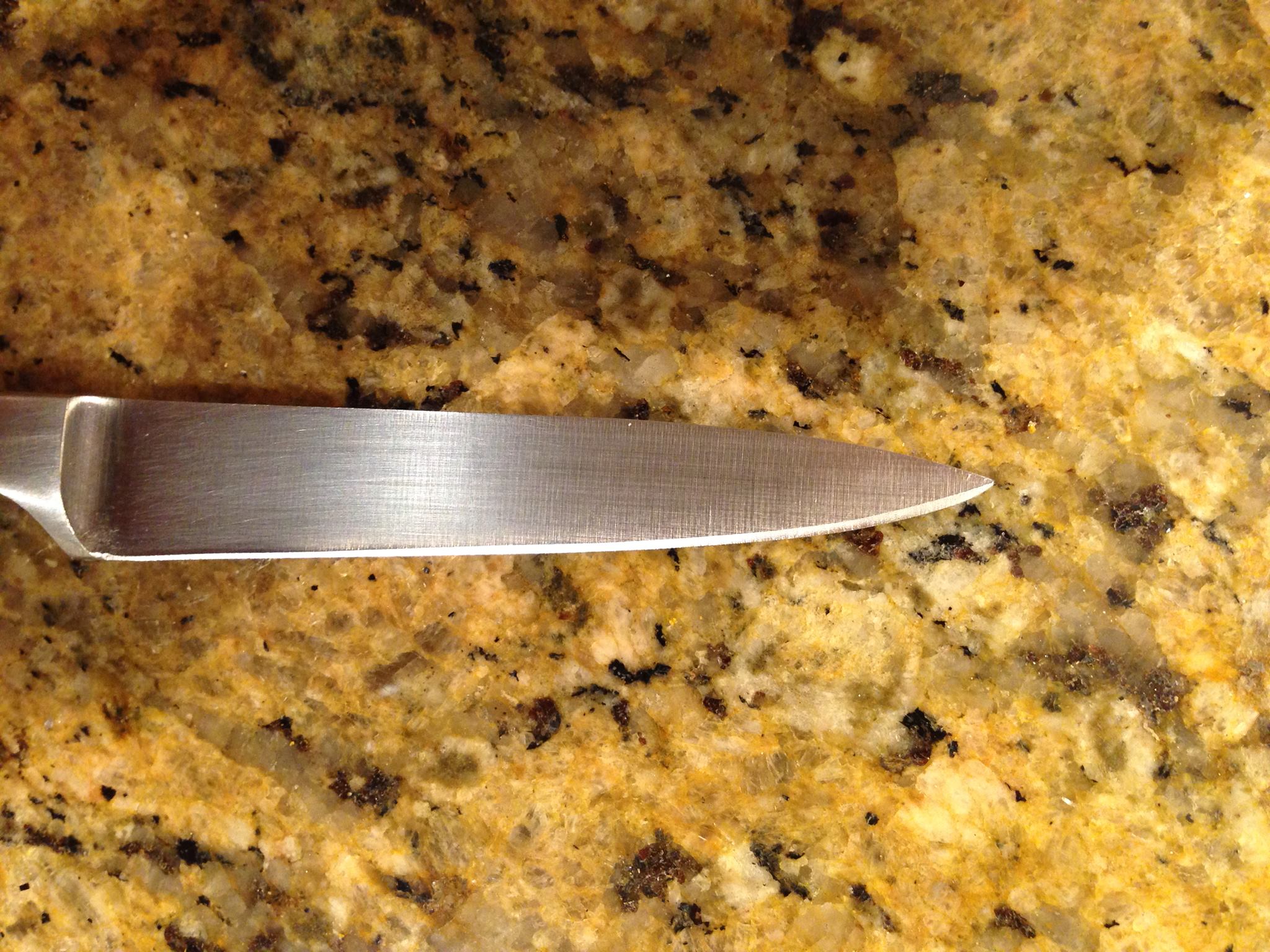 My kitchen knives are ~32 years old. They’re nice, a full set of Goldhamster that I bought as they came out – I knew one of the designers, used to go and have tea with his wife – and they held up nicely.

Below are the results of a few passes on the Tormek T7 (a continuous water cooled, 10″ precision sharpening system running at 75rpm) on a 200 grit stone, finished off on the leather polishing wheel. The bent tip and blunted nose on the chef’s knife came off with a single pass on one side! Very highly recommended!

For David Marks because he wanted me to let him know: yes, it’s even better! 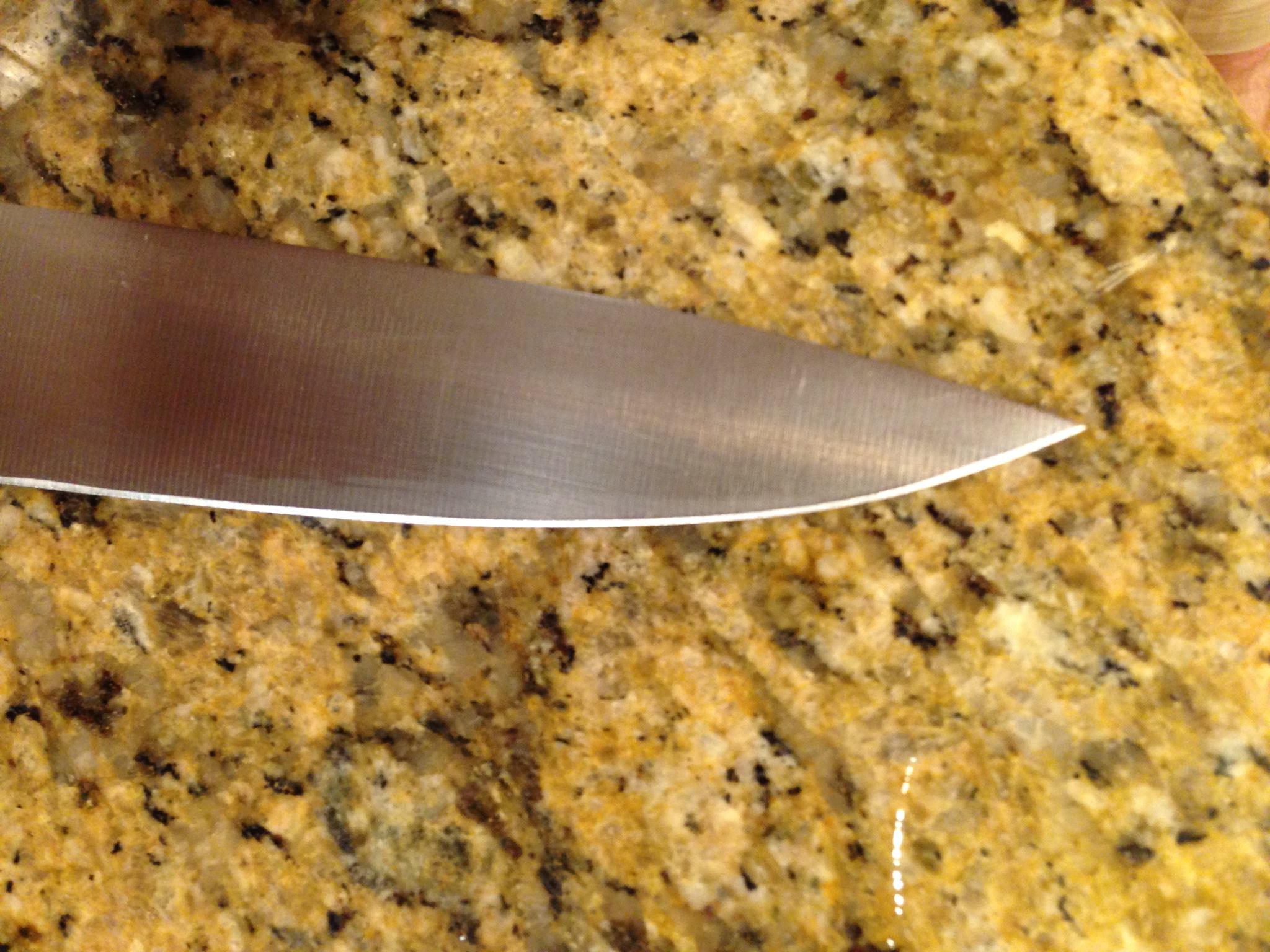