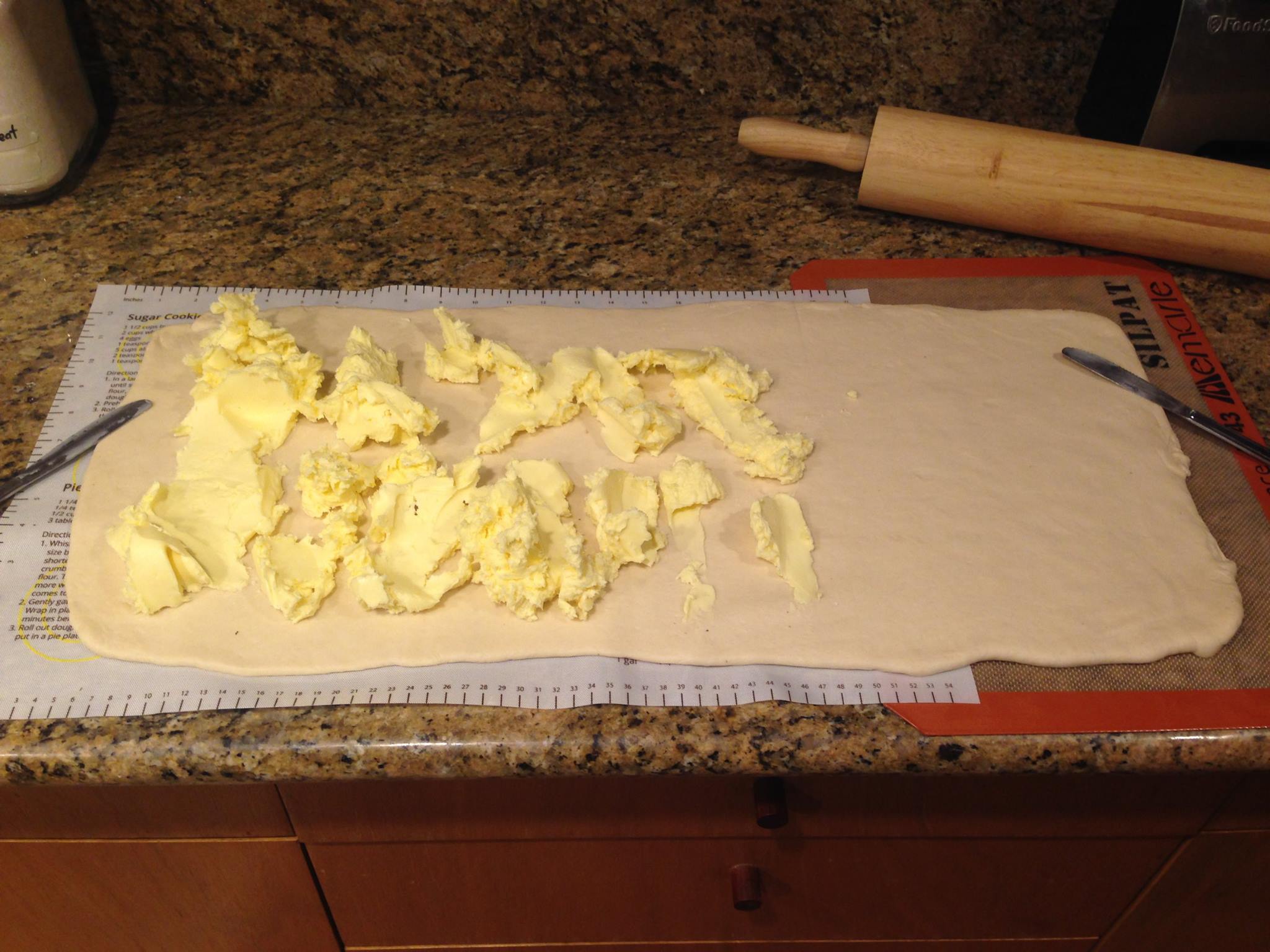 Phew! The basic dough plaque is done. I cut it in thirds, vacuum sealed them and popped them in the freezer.

To use, I’m going to pop a chunk out, let it defrost overnight, roll it out, cut it, form it in croissants, proof them for a few hours, brush on a heavy cream/egg yolk wash, and bake them.

I have high hopes: you can see how nicely the butter and dough are laminated in the pictures. 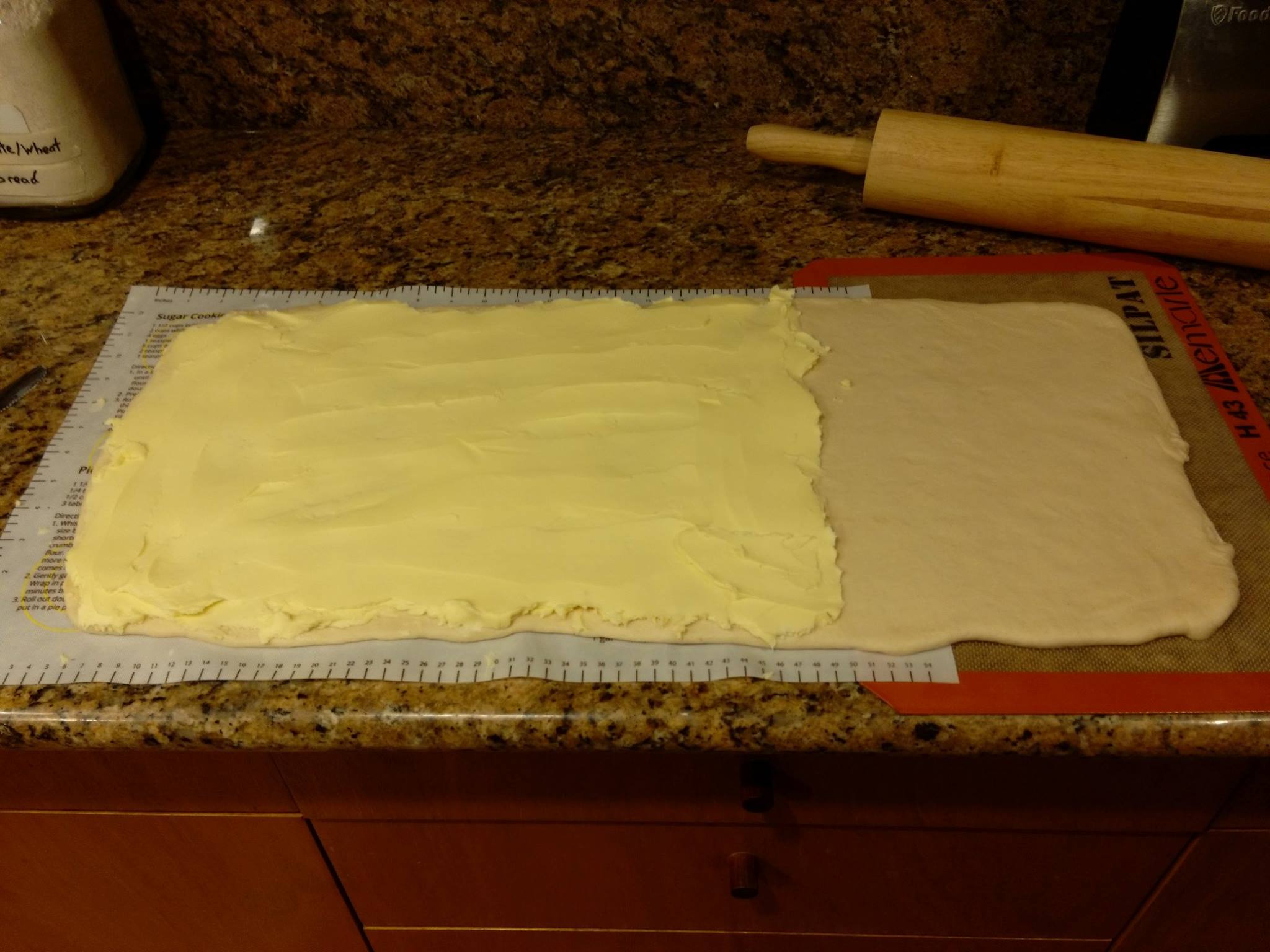 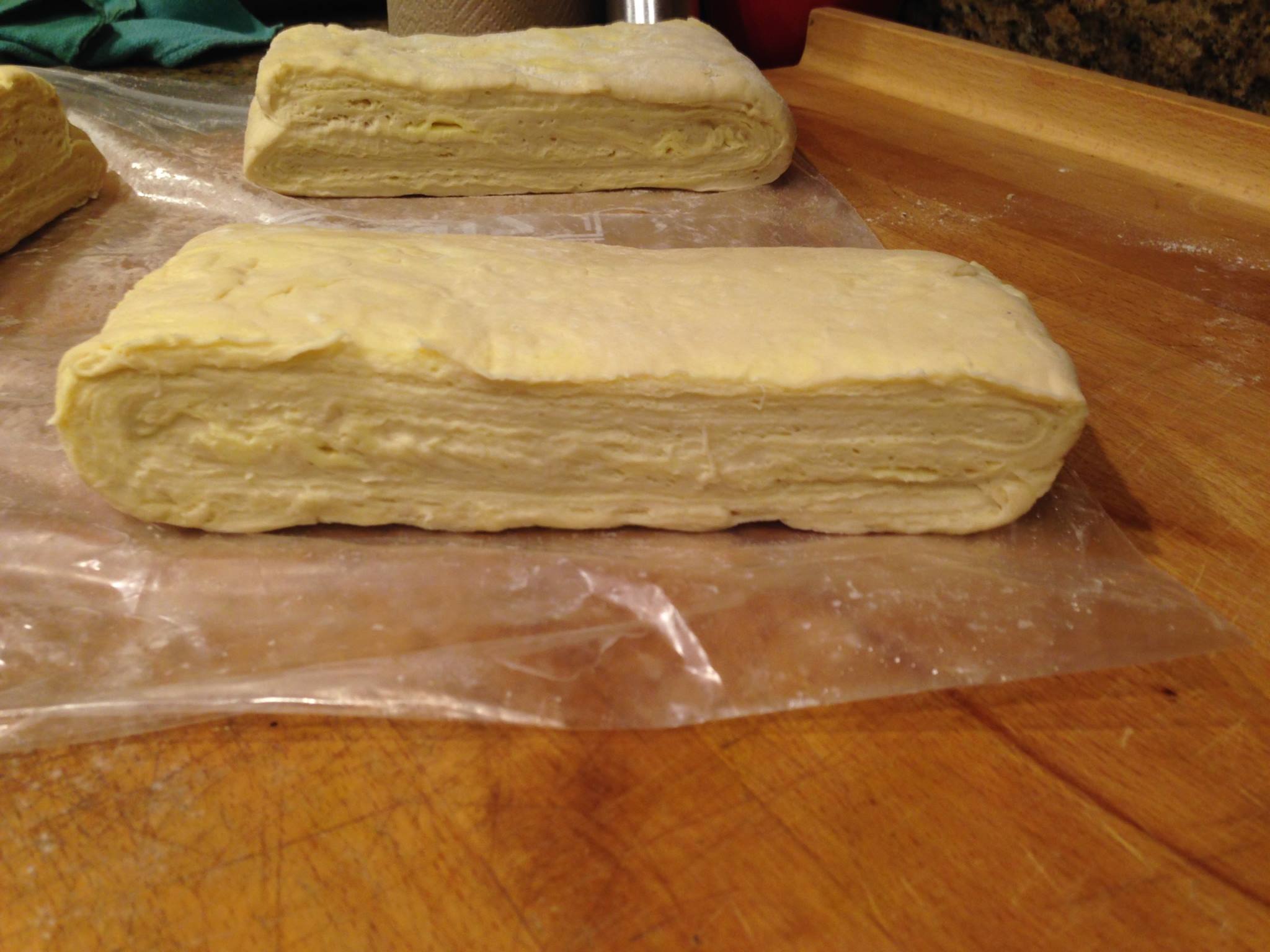 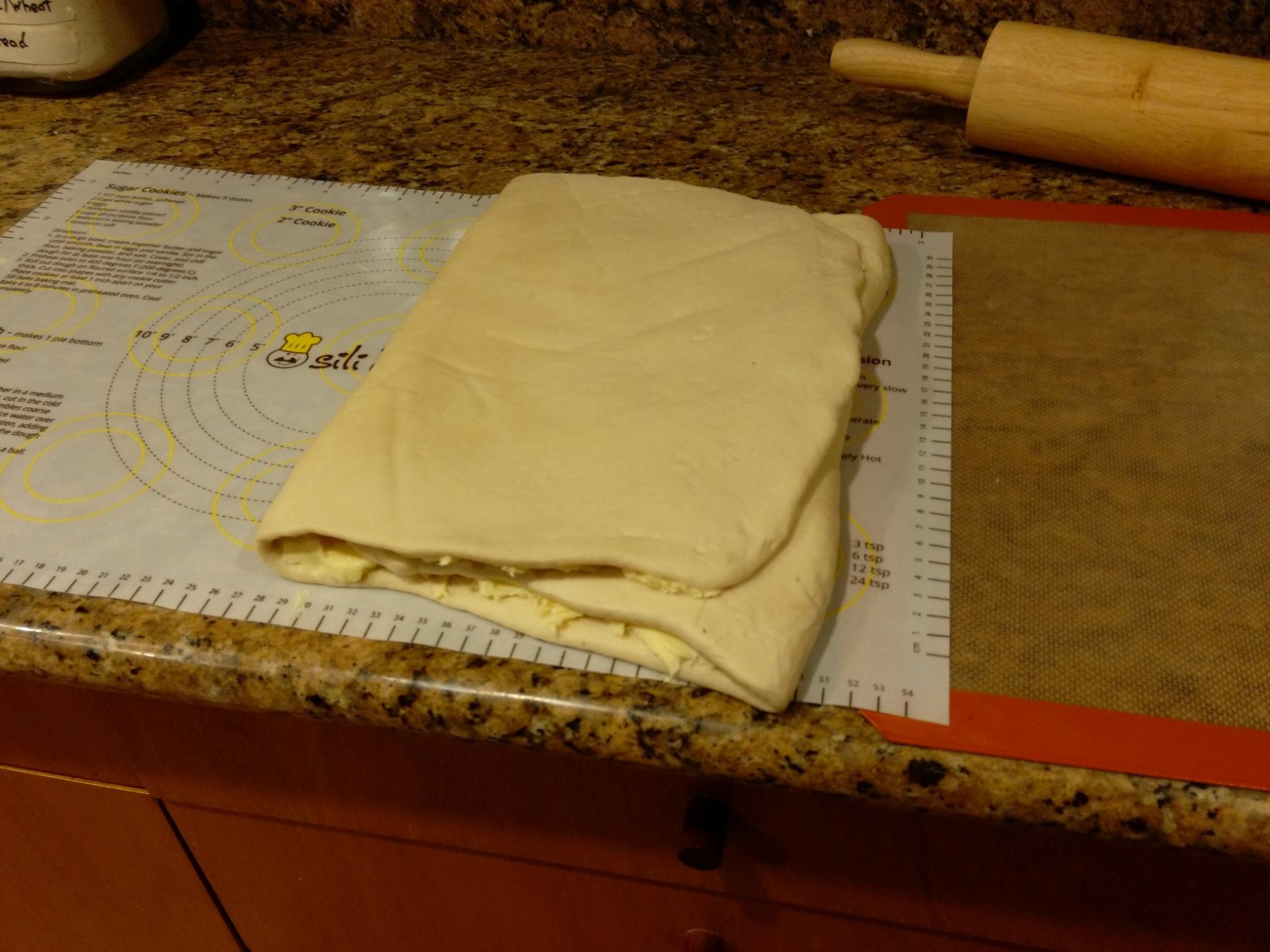 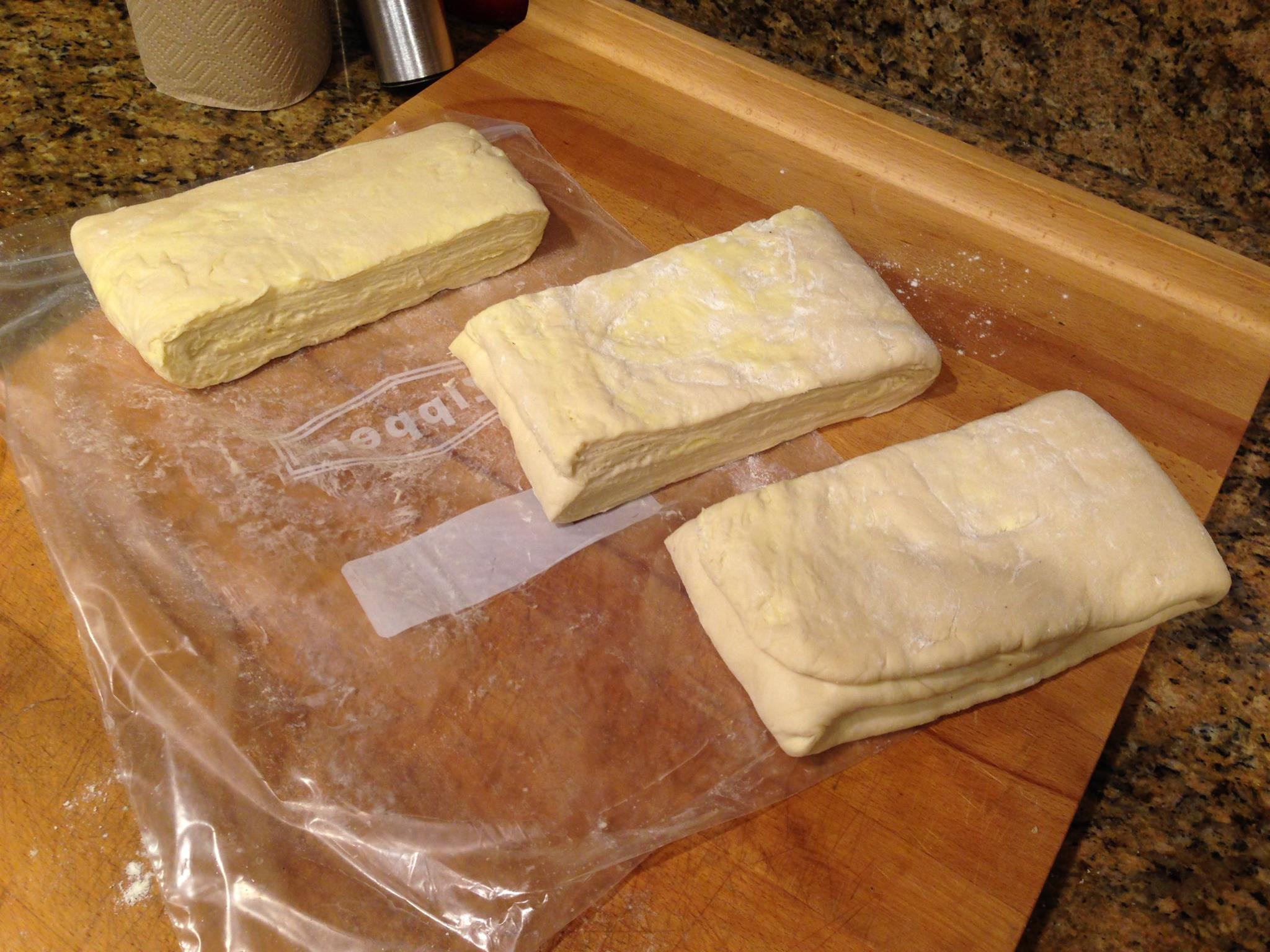 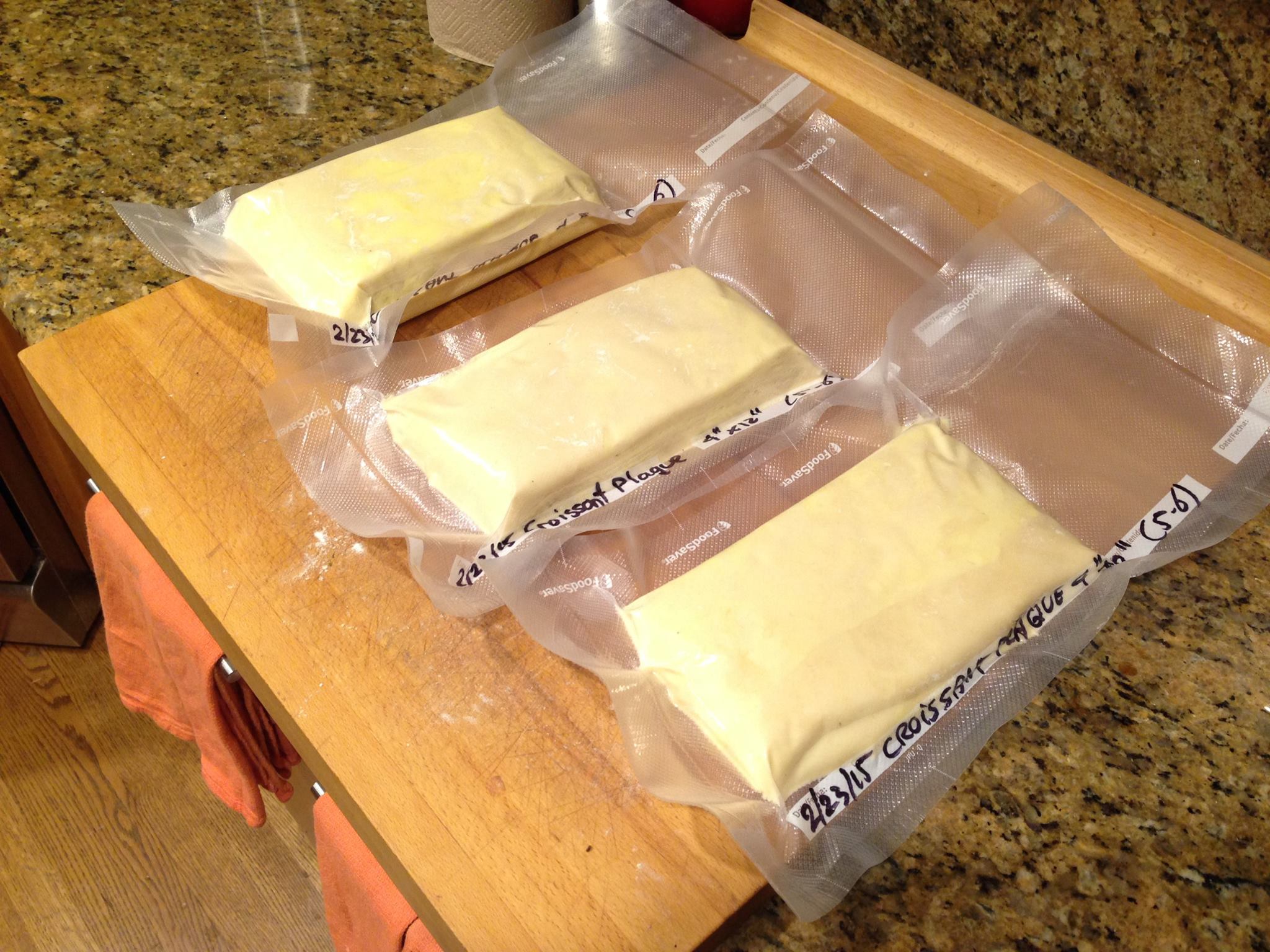