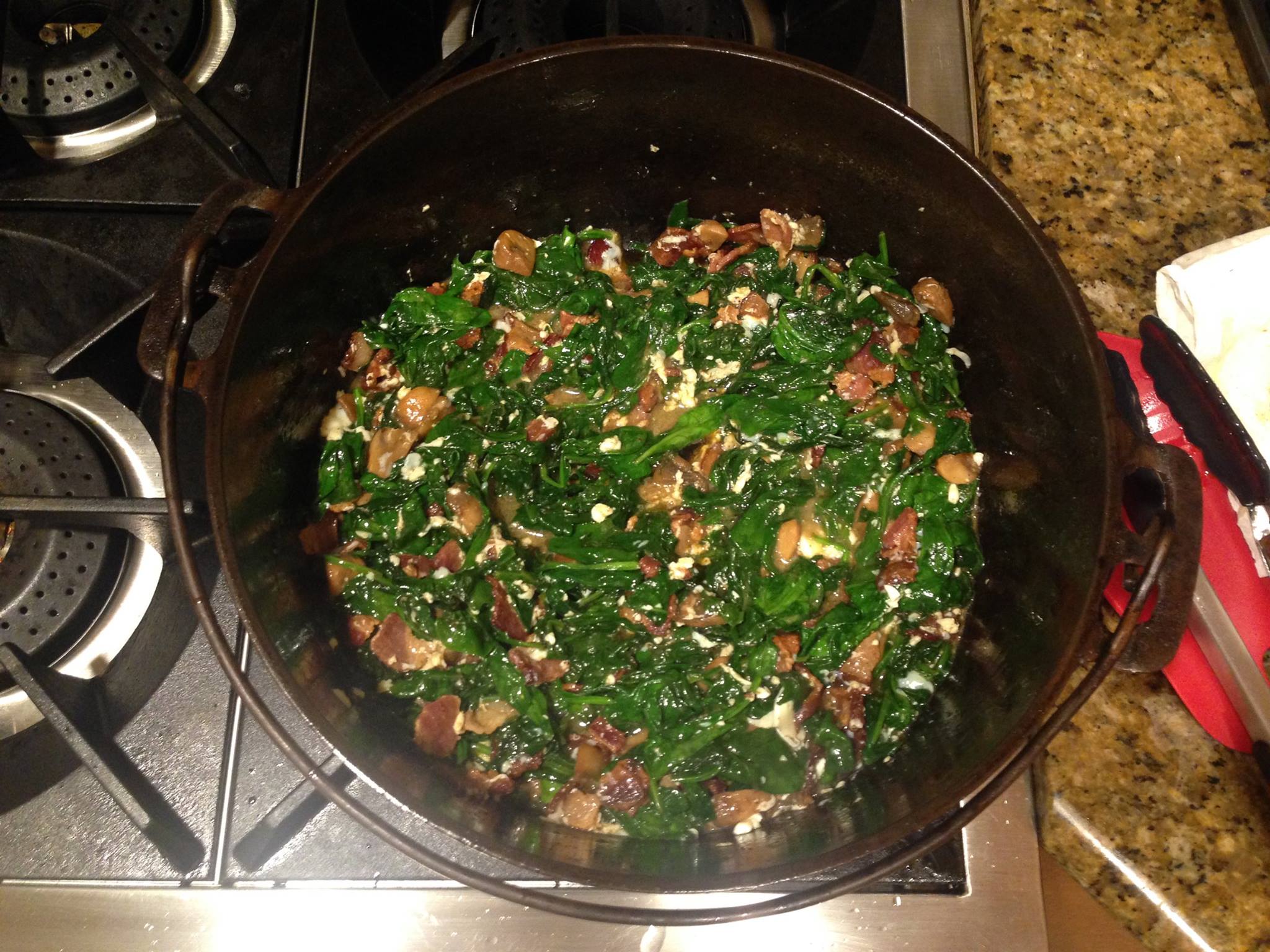 (sigh) I didn’t feel much like cooking today: we even considered going up to the little, awesome Italian restaurant at the top of the hill (2 blocks), but the 110 pound Doberman looked so adorable and voted it down. So I threw together something. I screwed that up: it was easy, but not so much a just throw it together, or breakfast-for-dinner, but it came out quite awesome.

Well, Edwin style: put a dozen eggs in the shell in the sous-vide at 143F (for 45 minutes). 20 minutes or so into it I warmed up the cast iron Dutch oven (based on its logo and markings, made between 1865 and 1909), added a bit of bacon grease and fried up a pound and half of bacon in it. When it had fried up a bit I added half a pound of crimini mushrooms, cut in eighths and plenty of fresh ground pepper. I turned the heat to low and added a pound of spinach and let it cook down a bit. When the eggs came out, cracked the shells and poured them out in a bowl and popped the yolk and thicker white adhering to it in a pan with water at a rolling boil for a minute each. I stirred the remaining egg white and what came off in the finishing off of the poached eggs into the bacon/mushroom/spinach.

Served it with some sourdough toast, buttered with the salted Kerrygold butter, and a few poached eggs on the spinach salad. Sprinkled with some Celtic sea salt.

It was better than good! Wow, the way the poached eggs ran into the salad, the way the bacon/mushrooms/spinach flavors worked together.