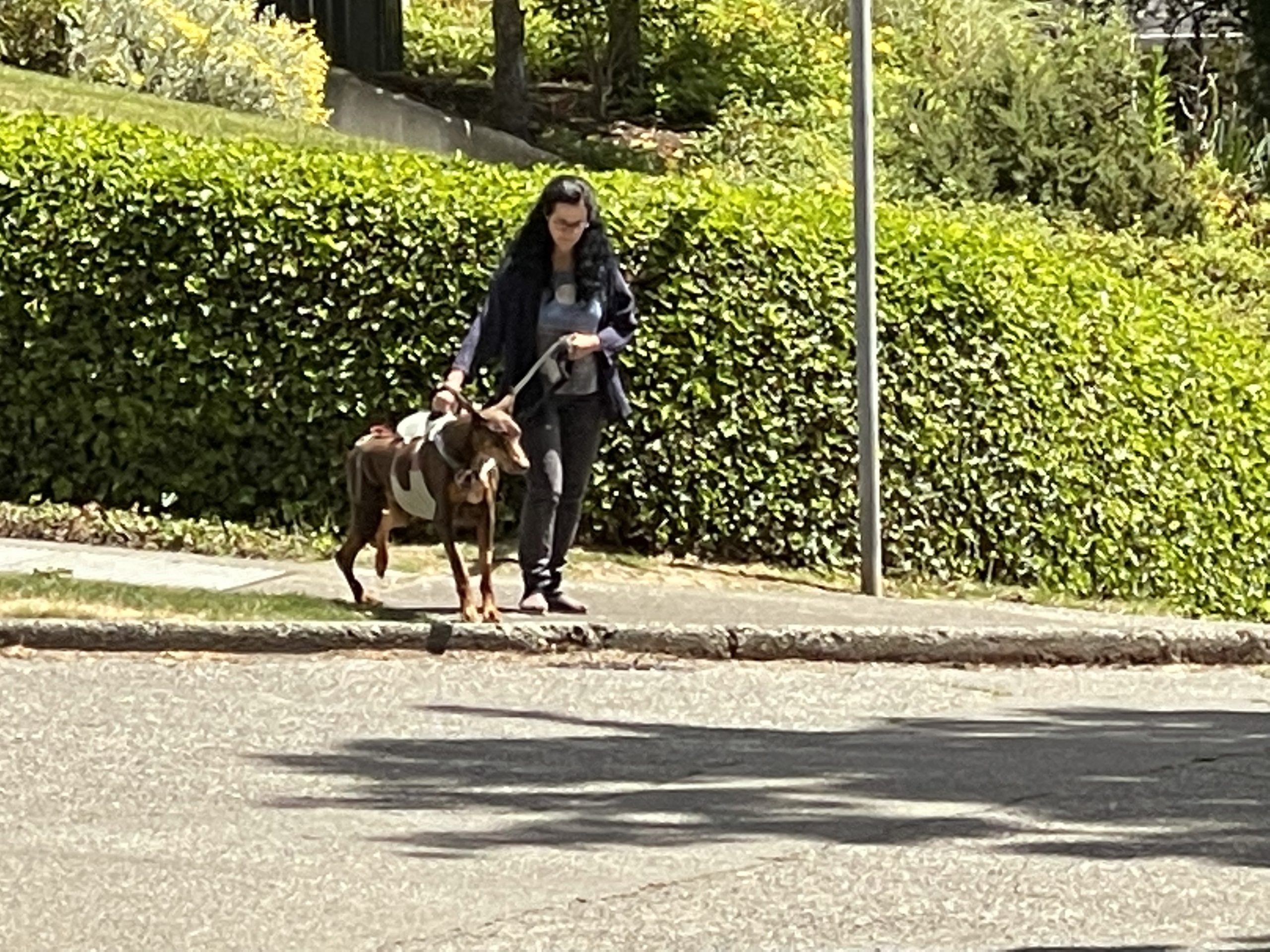 Strut had a great night, despite having his painkillers cut in half yesterday. He slept well, had no anxiety or panting episodes, nor any bladder/intestinal incidents. We cut his water intake some in the mid/later evening, went out before bedtime, set an alarm for 4 hours later, and let him out.

In case y’all don’t know, Strut likes his sleeping, he doesn’t like to be awoken. We got up, got his harness on, went out, and he didn’t need to pee and just stood there looking around, with an occasional askance glance at me. We went back to bed.

We got up 3½ hours later, no accident, he peed, pooped, and we went back. He had his breakfast, the last of his antibiotics, his reduced painkillers, and his usual supplements. We went back to bed as he likes to sleep, sleeps a lot, and I am very, very low on sleep after he got home Friday. Despite getting up every 3½ hours I had my first good night’s sleep in the last 5.

I got up 3½ hours later and while I got ready, Irene took Strut on a short walk. He peed enormously and enjoyed himself.

He’s a bit unstable, but for having had surgery at two cervical herniated discs a week ago is doing really well!

Here’s a short video of Strut walking, crossing the street: