Tonight’s dinner was most excellent 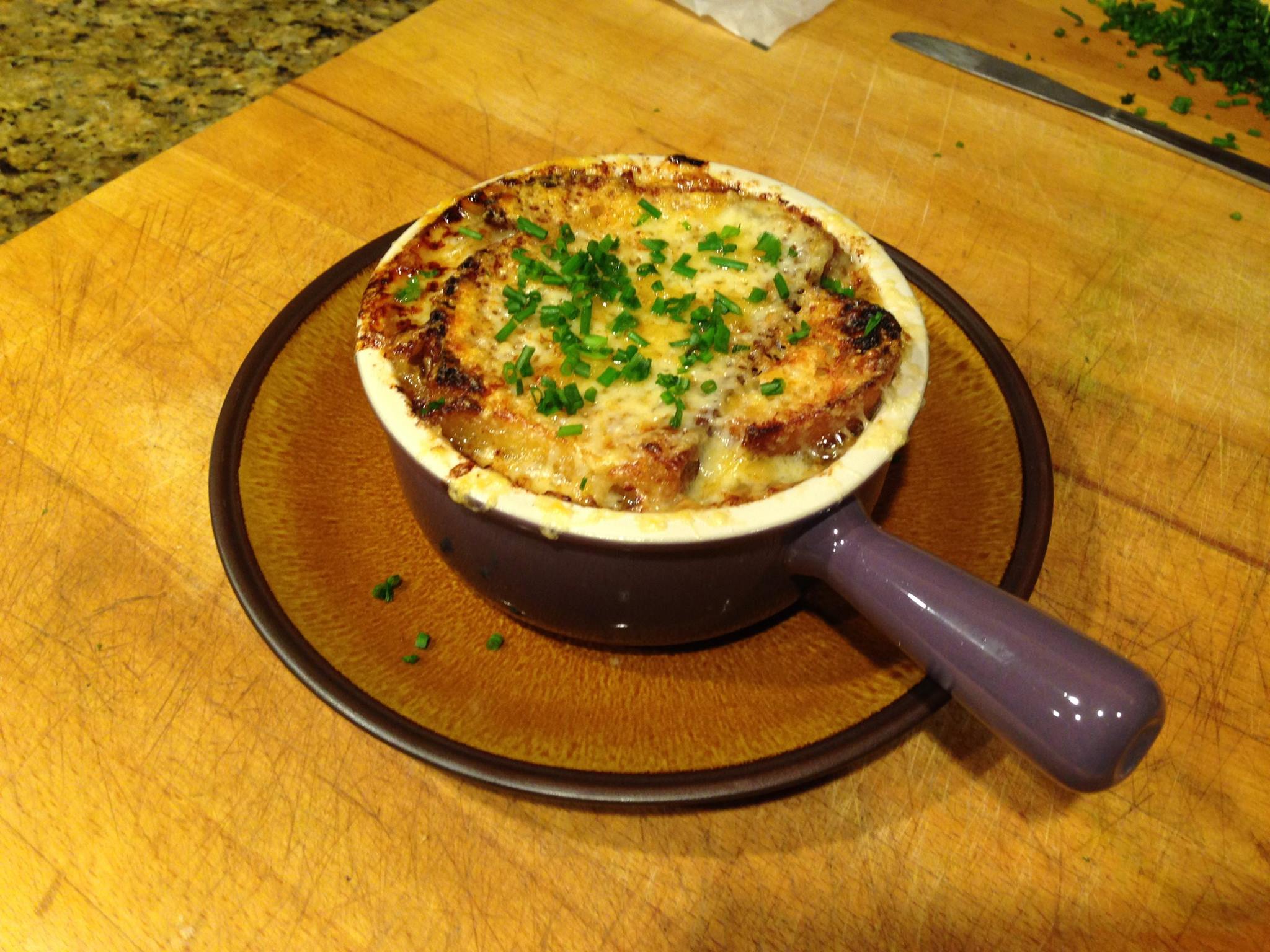 Tonight’s dinner was most excellent.

The onion soup was very very good. Best I had in, well, America at least, possibly ever. All made from scratch, down to the stock. It’s a 16 fl. oz. Le Creuset stoneware soup bowl.

I started with a bit over 3 pounds of white, yellow, and red onion and shallots, roughly in equal amounts, very, very slowly caramelized with a stick of butter in a cast iron Dutch oven over an hour and a half or so. A half cup of very very dry sherry added, then a quart of beef stock (made a while back really to pre-cook beef brats, but it stood up nicely), and a quart of chicken stock (made from scratch: a mirepoix, four pounds of chicken breast, three pounds of chicken thighs, four quarts of water, for about two hours low, cooked down, yielded about 2 1/2 quarts of nice stock), brought to a low simmer for 20, 30 minutes, then finished with fresh ground black pepper and sherry vinegar.

Some nice crusty rustic bread, sliced at a slant, toasted twice, then both sides rubbed with a clove of garlic (it wears down about two slices to a large clove), then one side spread with unsalted butter.

Then assembled by putting some of the liquid in the bowl, a slice of bread, butter-side up, some finely grated (Microplane graters rock ass!) Höhlengereift Gruyêre, then the onion soup ladled on until almost the top, pop the last slice of bread for a few seconds butter side down to melt the butter some, flip it over, push it in until it absorbs liquid and sinks some, then sprinkle it richly with more of the cheese. Pop it under the pre-heated broiler until the cheese browns.

The steak and carrots were very very good, but straight up sous-vide sirloin, salt and pepper, 125F, dried, then seared in a cast-iron skillet in macademia nut oil at the smoke point, and finished with a dab of butter for some nice browning. The carrots are peeled, faux-tourné cut (just to show I know how to use a knife, but, really, who has time to do a real tourné cut on a pound and a half of carrots?), put with four tablespoons of butter, and two of cane sugar, in the sous-vide at 183F. Popped out with the steak and put in a 12 inch cast-iron skillet for a few minutes to boil off the liquids. The carrots were perfectly tender and had perfect texture. The steak? I think it could be considered unfair to get used to steak this good.

They both needed perhaps an hour, they got three (making a classic French onion soup from scratch takes hours). Yay for sous-vide, and yay for having two! 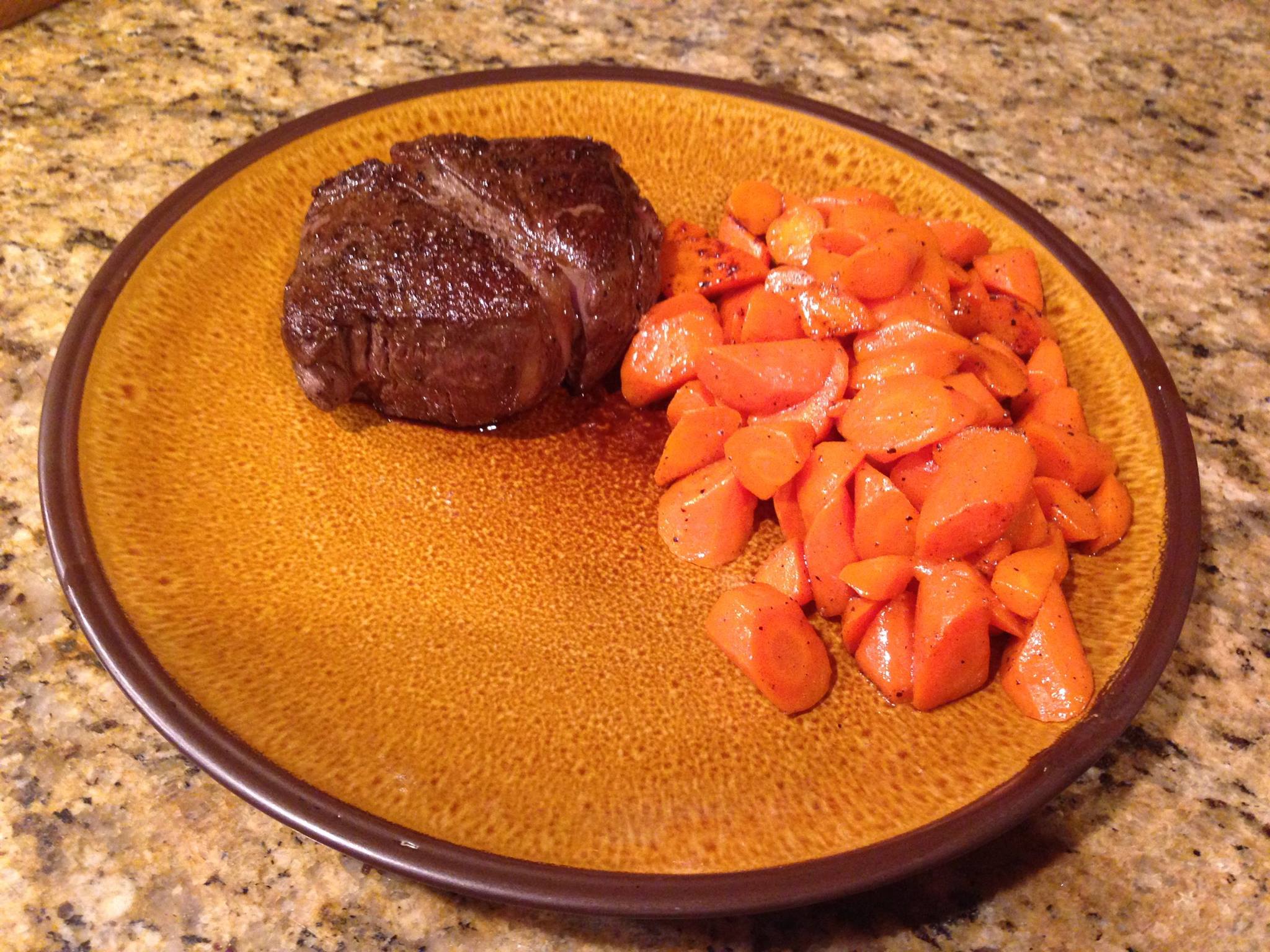