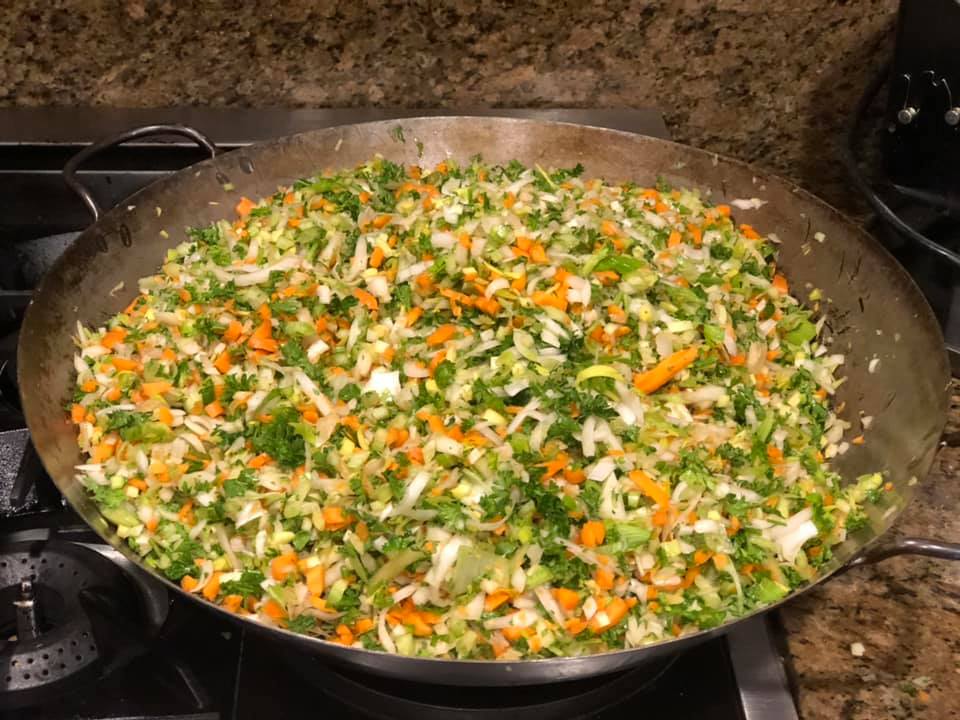 We were both run ragged and worn after the last few weeks of traveling, so we slept in, walked the Doberpersons, then made a quick run to a local co-op to buy produce, and our local butcher for meat, and spent the afternoon prepping it to make cooking during the week after work easier.

Here is the first product: 17 pounds (that is a twenty-two inch wok) of somewhere between mirepoix and Suppengrün (German soup vegetables): yellow onion, leeks, carrots, celery in equal proportions and a ton of curly parsley, all finely chopped.

I use it in so many things as a base or on its own. Seventeen pounds, each a pound at a time packed in vacuumed flat bags and frozen.

I also cleaned and julienned two bell peppers each in green, red, orange, and yellow (a bit over two pounds), but took no pictures.